Adam Oliver joined Robert College in 2019, following leadership positions at state and independent schools in England and Italy. During the past seven and a half years as Vice Principal and Head of Schools at St. George's, an independent school in Rome serving the British and international community, he helped students achieve the best results in the school's history, significantly outperforming global averages. In addition to his school duties, Mr. Oliver served for five years as Treasurer, Vice-President and President of AIBWSI, the Italian International Baccalaureate Association. He also served as Chair of the Rome International Schools Association.

Mr. Oliver studied English Language and Literature at St. Andrews University, where he received an MA with first-class honors. After St. Andrews, he took his teaching certificate at Keble College, Oxford University. He completed the National Professional Qualification for Headship, the professional standard for head teachers in England, through the Institute of Education, which is part of University College, London. He also holds a master's degree from St. Edmund's College, Cambridge University, in Creative Writing, for which he also received first-class honors.

Mr Oliver enjoys a range of sports, and in his youth bicycled across America, and from London to Istanbul. He lists reading, writing, cinema and travel among his interests. He and his wife are joined by Chlöe and Misu, their dog and cat, who grew up trilingual and are already working on their Turkish...

"I am absolutely delighted and very honored to have the opportunity to lead a school with the global profile and reputation of Robert College. The Robert College community has already been incredibly welcoming and my wife and I look forward to sharing and shaping RC’s commitment to academic excellence, holistic development and an education that values curiosity and the pleasure of learning." 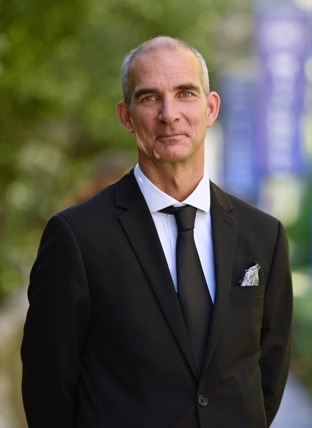