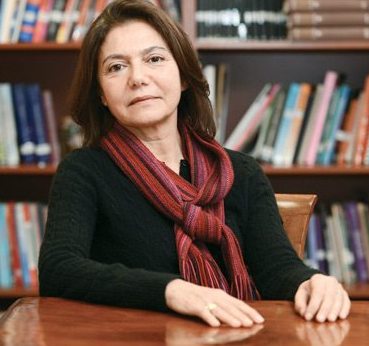 Ayşe Buğra is the latest recipient of the PEN Turkey Writers Association Duygu Asena Award, given in memory of Duygu Asena, one of the most prominent writers in the women’s movement in Turkey. In its declaration, the association explained that the award was given to Ayşe Buğra as a role model, as an educator and a scientist, because of her work, her books and her determination.

Upon accepting her award, Buğra said, “We know we have to fight for women’s equality in society in all our diversity.” She underlined that her maternal grandmother and mother, both teachers, believed in gender equality and were aware that it was something that needed to be fought for. Buğra also stated she would like to draw attention to all the smart, hard-working women who not only defended the equality rights of other literate women but all women.

When asked how her years at ACG influenced her career, Buğra says, “As students at ACG, we were very lucky to study in an environment where we did not only have an excellent education but were also encouraged to make our own life choices and develop our capabilities to pursue the ends we find meaningful. Unfortunately, there are still too many young women who do not have this opportunity.”

Ayşe Buğra is a professor emeritus of political economy at the Ataturk Institute of Modern Turkish History at Boğaziçi University and is the co-founder and the current director of the Social Policy Forum research center there. She is the author of numerous books and has also received the Social Sciences Award from the World Academy of Sciences in 2015 - an award given to scientists from developing countries for their contribution to scientific knowledge and/or to the application of science and technology to sustainable development.