“In climate activism the role of youth – and that of children – unfortunately seems to be essential and indispensable.”

A former academic, writer and founder of Açık Radyo, Ömer Madra is one of the earliest and most vocal climate activists in Turkey. 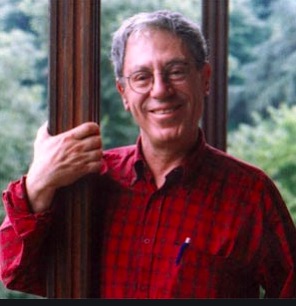 Why do you think it has been so difficult for people to grasp that there is a climate crisis?

In order to grasp this almost unconceivable failure in acknowledging the greatest threat humanity – and the planet – ever faced, we have to turn our gaze some ten thousand years back. As the cultural historian Jeremy Lent states, the ancient Mesopotamian myth, the Epic of Gilgamesh, contains deep insights into the most profound transition in human history. “For millions of years, foraging was the only way our ancestors could satisfy their hunger from one day to the next. Then, about ten thousand years ago, a radically different way of relating to the natural World emerged and set humankind on a course we’ve been following ever since. We crossed a Rubicon from which there was no turning back.” (The Patterning Instinct, Prometheus)

According to writer and activist George Monbiot, “In a world that is supposed to lack inherent value, but in which many of us have lost our belief in either the immortal soul or the sanctity of pure reason, we face a void of meaning. We seek to fill it with a frenzy of consumerism. […] Lent has explained why, despite our knowledge and even our intentions, we continue to follow our path to the precipice. To solve a problem, we need first to understand it… We cannot change the destination until we change the path.” (The Guardian, “Stepping Back from the Brink”, January 2018)

In climate activism the role of youth – and that of children as well – unfortunately seems to be essential and indispensable under the present circumstances. When 14-year-old climate activist Atlas Sarrafoğlu (a volunteer broadcaster at Açık Radyo) asks his 9-year-old counterpart from India, Licypriya Kangujam, if she thinks the responsibility of leading the fight against climate change should be on children, she replies briefly and eloquently:

“Not exactly. If children have to fight, then we have to give up many things like school, dropouts, etc., which is really not a good idea. One important question is why children came out on the streets instead of going to school. This is mainly due to the inaction of our leaders. They are responsible for it. Children are smarter and more concerned for our planet and the future than our leaders.” (Yeşil Gazete, February 4, 2020)

How has your RC education influenced you in your path?

My RC education has had a significant influence on my world outlook to this day. My schoolmates and I were influenced and/or “raised” by the likes of James Baldwin, Charlie Klopp, Floyd Couch, Asa Barber and other public intellectuals of the time. They taught us the huge significance of critical thinking, freedom of expression, of peace-loving, of “the importance of being earnest,” and the rest.  We had the opportunity of studying Dante, Cervantes, Shakespeare, Dostoyevsky, Proust, Fikret, Salinger, Orhan Veli, Nazım Hikmet, and the other greats in the span of three short years!