Tanol Türkoğlu joined Robert College in August 2018, following executive positions at several national banks in Turkey. As Chief Information Officer at Şekerbank, he carried out digital transformation projects as well as deploying new delivery channels between 2002 and 2014. During 2014 and 2017 he completed data center and core banking software infrastructure transformations at Alternatifbank as Chief Operating Officer. In addition to his professional duties, Mr. Türkoğlu is a regular columnist for a weekly Turkish science magazine, Herkese Bilim Teknoloji, and the author of six books about digital culture, information society, internet, social media and artificial intelligence. The second edition of his most recent book, Dijital Racon, came out in 2019. He was a co-speaker at a monthly conference series on artificial intelligence between 2018 and 2019, a part-time lecturer on subjects like digital culture, information society and digital marketing between 2011 and 2014, and a member of Turkey’s Internet High Council between 2001 and 2004.

Mr. Türkoğlu studied Computer Engineering at Middle East Technical University, where he received a BSc and was named to the Dean’s List with Distinction. He is one of the first certified project management professionals (PMP) in Turkey through the Project Management Institute (PMI), a US based international institution.

“For me, it is a return to Robert College because my daughter is a Robert College graduate. This time I am delighted to transfer my vision and experience of digital transformation into the teaching and learning environment. I believe that the necessary yet delicate balance between education and technology can be achieved through technological elements such as augmented reality, virtual reality, big data, the internet of things and artificial intelligence. ” 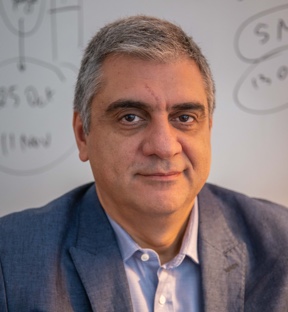