Öykü Dreams About Chess Problems That Can't Be Solved

Safiye Öykü İnce, L9, dreams about the chess questions she cannot solve. She recently competed in the Istanbul Schools Championship where she ranked 4th overall. We recently (virtually) sat down with her to ask about her passion. 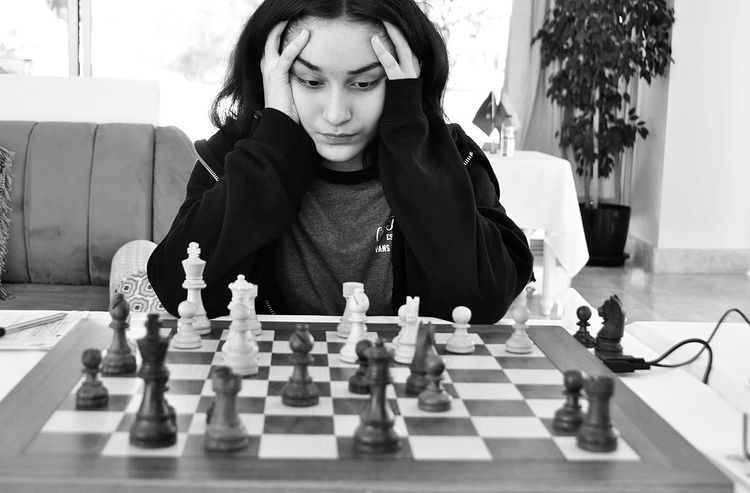 Please let us know about the details of your success… Which tournament was it? What was your rank?

The tournament I played was İstanbul Schools Championship. I became fourth in open and second in girls between 219 players in my section, 16 year olds.

How did you prepare for this tournament?

I didn’t prepare like usual. Because this is an online tournament you don’t have the time to look up your opponent’s old games. Looking at your opponent’s old games allows you to understand their weaknesses. Opening, middle game, or endgame. This gives you a clear advantage both in position and time. So what I could do was play a few games with the tournament’s time control to not have any problem about losing from time.

When did you start playing chess?

I started playing chess when I was three or four months away from graduating kindergarten. I was approximately 6.5 years old.

Why did you pick chess among other hobbies and sports?

I tried many hobbies in my childhood. I rode horses. I made gymnastics. I swam. Lastly, I became a chess player. My kindergarten teacher realized my potential from the way I looked at the chess pieces. Before that, I was a swimmer. I had lots of training. When chess came into the equation I started to feel very tired. I was sleeping with an apple next to me after my chess classes. A few months later I chose to play chess because I was very passionate about it. My dreams were the chess questions that I couldn’t solve.

How, where and with whom do you practice chess?

I practice chess online by playing with my friends. I also train with a Grand Master at the time. That’s why where and when doesn’t matter. Chess is everywhere (smiles).

What will your next step be? What do you plan to do in the coming months?

End of March I’ll be playing in the European Club Cup. I’ll be our countries, fourth-woman board. Then at the beginning of April, I’ll go to Serbia to play in closed IM tournaments in a row. I am hoping to become a WFM (Woman Fide Master) there.